The Rootless Pixel Launcher is the best thing happened to me. I have been newly shifted OnePlus 6, ditching my old romance with Samsung for almost 5 years now. Never Settle is my new motto and quest to go for Stock Android is what made me go for the OnePlus. But the official Oxygen ROM pre-injected into OnePlus devices is close to stock Android but ain’t actual stock itself.

So thanks to a developer “Aamir Zaidi” who listed the best Rootless Pixel Launcher for the users who have been looking for the smooth Stock Android experience on their Android devices. I have been into getting the Stock Android looks for my device. It wasn’t that easy at start for a newbie Android modder like me. I had to root my device many times to get the Pixel Launcher, later it was well modified by Nova Launcher team with their new Nova Companion tool. 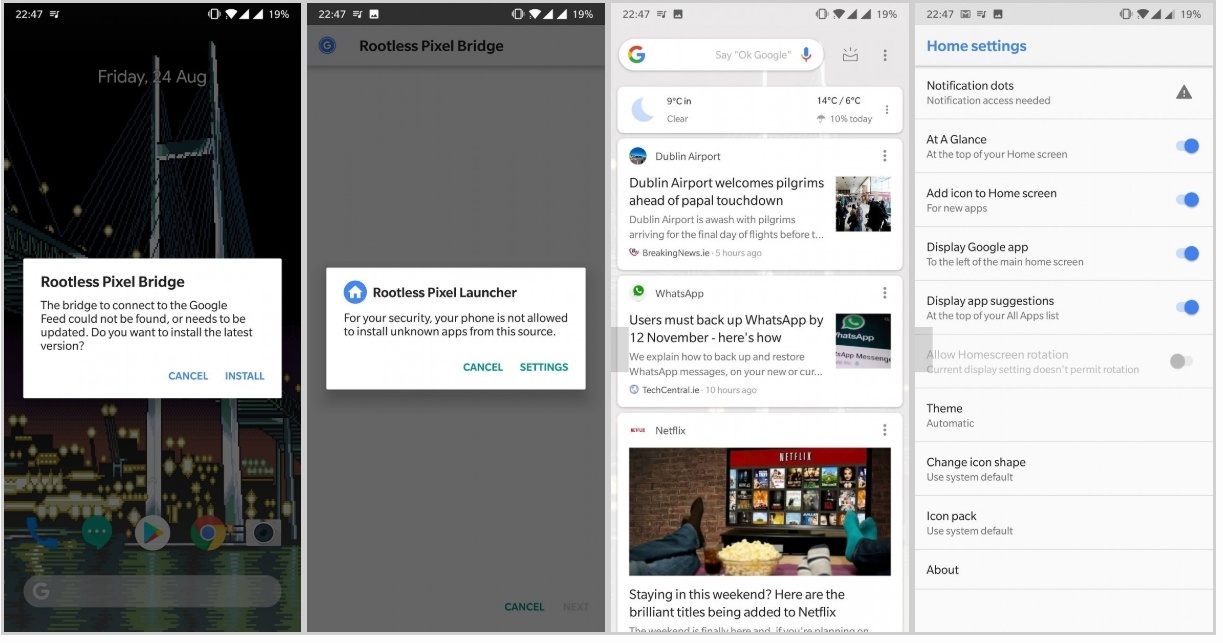 The same too re-named here as the Rootless Pixel Bridge has shown some issue while trying to download and installed on most devices. This happens when this tool shows some error while Google makes some changes to their API. Which is the main reason of it not being installed on many devices. But we have come up with a better fix for the Not Installed error of the Rootless Pixel Bridge.

This is the official page on playstore.

How to fix Rootless Pixel Bridge Not Installed Error:

This issue has been reported by many users who have older version of Android. To fix this issue make sure that you have following options on your device enabled.

Now you can go to the downloaded Rootless Pixel Launcher Bridge file and re-install it again. It will now install on your device successfully.

If the installation issue still presist. Make sure to check all your other launchers.

Here are some of the screenshots of the Rootless Pixel Launcher on my OnePlus 6.