One of the best tycoon game for aviation lovers is this Airlines Manager tycoon 2018. The best thing about this game is that it is available for the Android and iOS smartphones. And you can have a real time tycoon based game in your pocket all the time. I have been playing this game for couple of months now and already reached in the top 800 players ranking.

Now I want to share my experience with you so that you can grow faster. For a quick rank up you need to earn more money in the game by flying better aircraft to best demanding routs from famous Hubs. Like all other games the start is always tough, but when you have a good income generating fleet, it’s the time when you will start multiplying your income by many folds.

When I started playing this game I went for the HUB (my own hometown). Which was totally useless and I had to start with non-profitable routes with smaller jets in my fleet. But later with some calculations, I come across the best formula.

How to get the best HUB:

At the start of the game, always go for the popular hub stations. Here the best ones and most demanding ones are Bangkok, Cape Town, London, Hong Kong, Kuala Lumpur and Singapore etc. I have mentioned these Hubs because they are the best in the game right now, with most economy passenger demand, and my main focus was to carry as many Economy class passengers as I can.

You can have better cargo demands when you will go through your services research later in the game. Second and most important thing is that these hubs have some more famous routes right in the range of profit. The Range of Profit is the term I use for the routes length which can be flown in 24 HRS. It mean you can have a whole return flight in a single day to these routes, which makes sure that your airliner is utilized above 95%.

How to find Best Routes for Airlines Manager Tycoon 2018:

For the best routes at the start when you don’t have enough research available, You should start with a more prominent HUB which has more Economy Class passengers as compared to Business or First Class passengers. The best starting Hubs with Maximum Economy demand are mostly in East Asia.

I would choose any one of the above mentioned Hubs and would start my Flight operations. The start is always tough but when your airline reaches at a point where you can buy the largest A380 Aircraft. Then this would be the best strategy.

Now the big question here is how to find the best routes that are not less then the given 9,300 KM range and don’t cross the 9,900KM Range. The best tool I use is the obeattie.github.io to find the perfect Radius on the map. Follow these one by one steps to know how to do it.

Once you have successfully bought the route. It’s time to get a new A380 for the route. Once done simple set this route for your A380. Go for maximum Economy. My best config is 720 economy, 50 business, 8-10 First Class and 9 Cargo.

If you have still over 500+ demand left for the same route. You can fly another Boeing 787 on that route.

Here are some of the screenshots of my own success, I follow the above given strategy and successfully ranked at 500+ right now, within 2-3 months of gameplay. 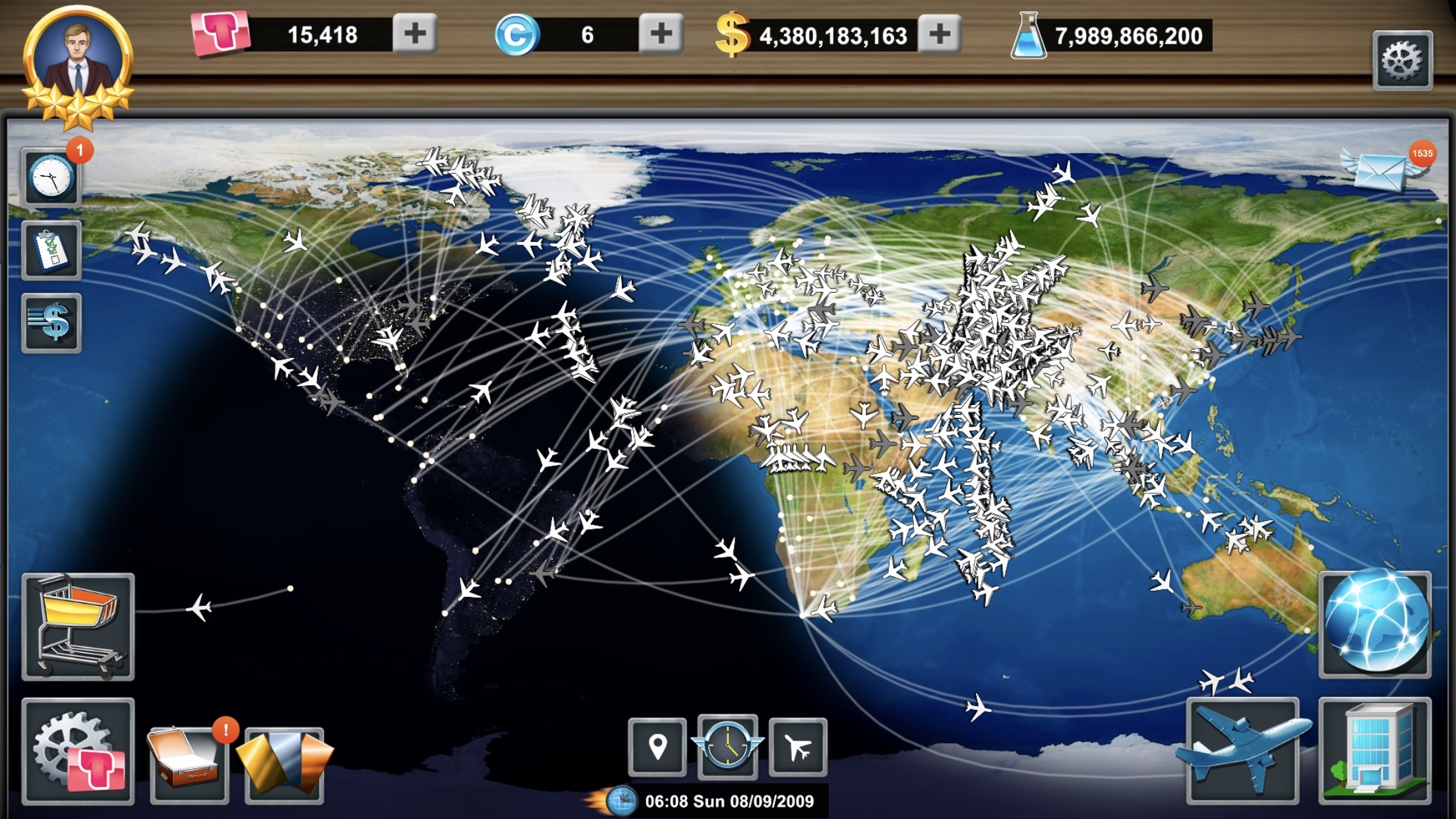 Daily One Flight Route for A380:

Here is how the daily one return-flight schedule looks like on the schedule menu. This is an Airbus A380 flying fully packed daily from SID to BEN with 780 PAX. Mainly 719 Economy pax, 51 Business class Pax and 10 First Class Pax followed by 9 Tons of Cargo.

Here is how the Airbus A380 focusing Economy Class configuration looks like. 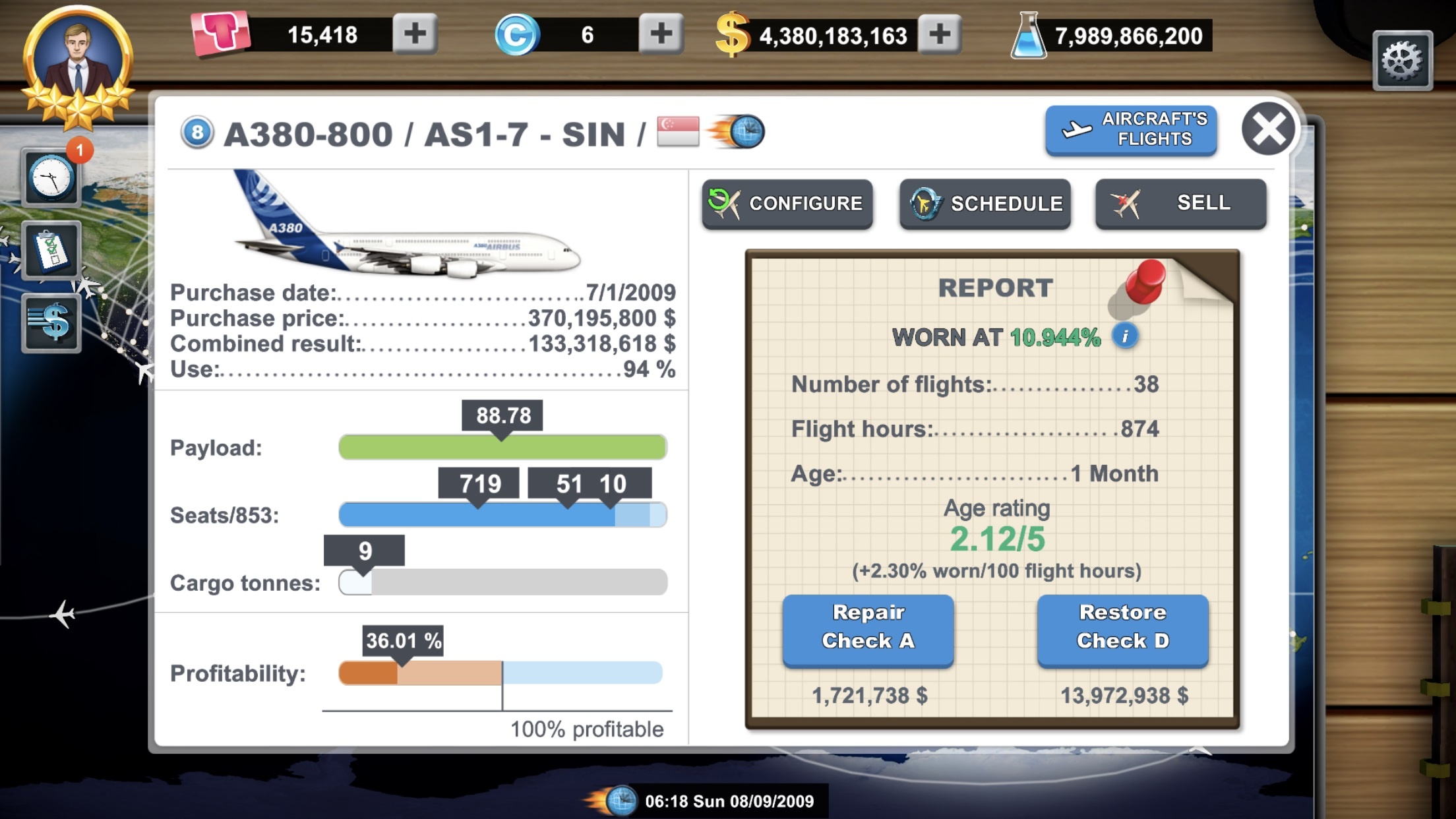 Some of my HUBs:

Here are the lists of HUBs I have purchase so far. 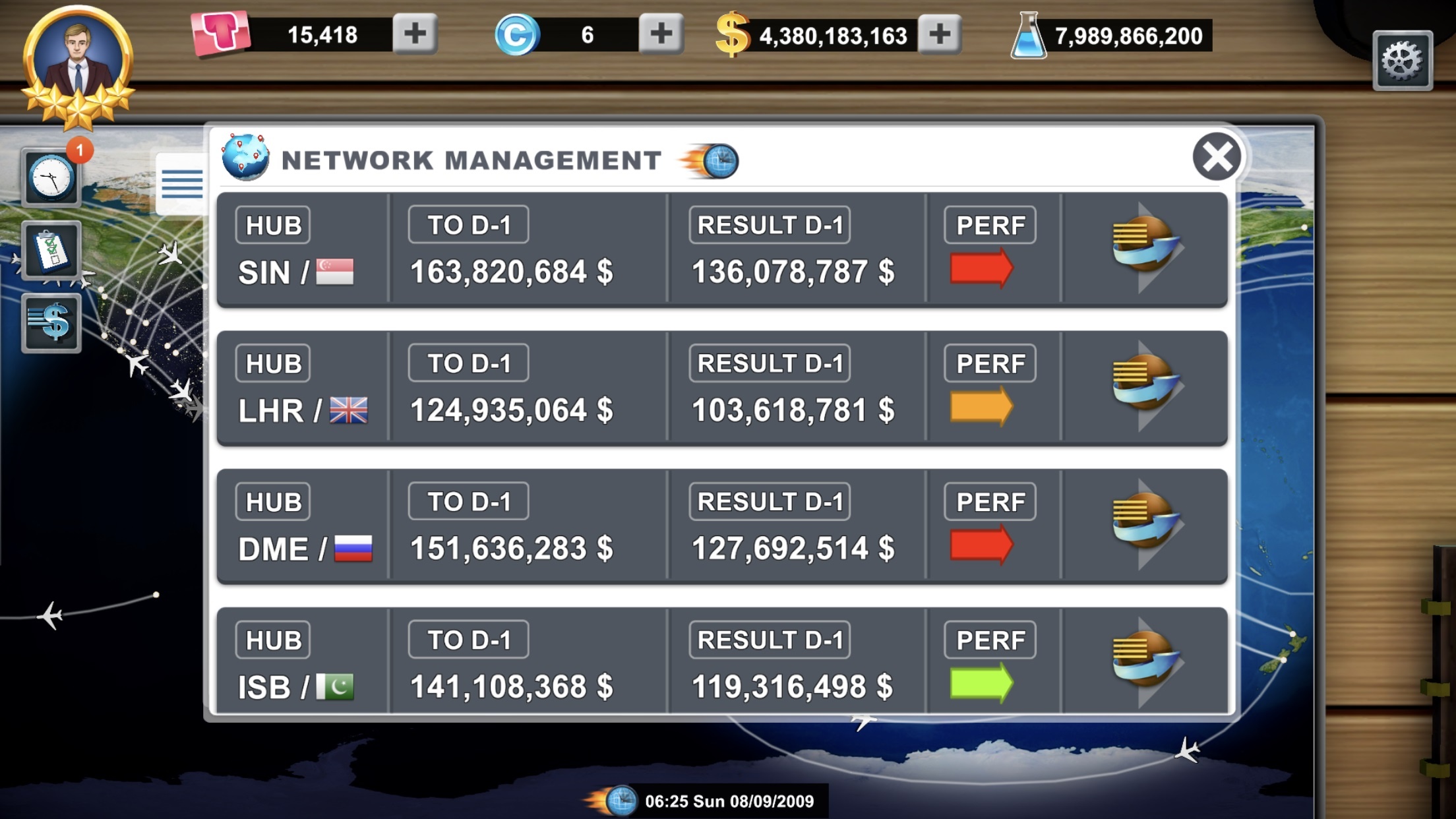 I have followed the above formula, that is go for Airbus A380’s for Routes ranging between 9,300 to 9,900 KM. Go for full throttle for Economy demand. No need to focus on Business Class or First Class. If you still have bigger business class demand, you can always increase the fare even 2-3 times of the initial or Auto fare. This will also boost your revenue.

With the above mentioned steps you can easily earn $2-3 Million per flight. Which ends up $14-22 Million per week. Since 7 Days in Tycoon mode equals 1 Day in real life so it means one Airbus A380 can add an easy 14-22 Million dollars to your revenue. Hope you will like this strategy. Make sure to share this best Airlines Manager tycoon 2018 Routes, Hub and Aircraft Guide.