We already know about the in screen camera of the upcoming Samsung Galaxy S10. This won’t be the first device by any company to have such a design. But the Galaxy S10 hype made info leaks going deep into scratching the information about the device. So here we are with the first 2019 official Galaxy S10 Leaked image.

This results in increasing anticipation of the upcoming Samsung flagship device. To add to the leaks list, we have got yet another Leaked Galaxy S10 photo surfaced on the web.

Although the most common leaker, @SlashLeaks gets the credit here, but it seems like the official first hand pic of the Samsung Galaxy S10 comes out from some Chinese social media account.

The icons on the home screen are not visible but the screen design and shape of the phone claimed here are closer to expected Samsung Galaxy S10 device.

Expected Specs of the Galaxy S10:

The flagship Samsung device of 2019 is expected to get released around Early February. With the specs sheet leaked suggesting the Snapdragon 855 Chipset accompanied by 6 GB to 8 GB of RAM for S10 and S10 Plus devices respectively. 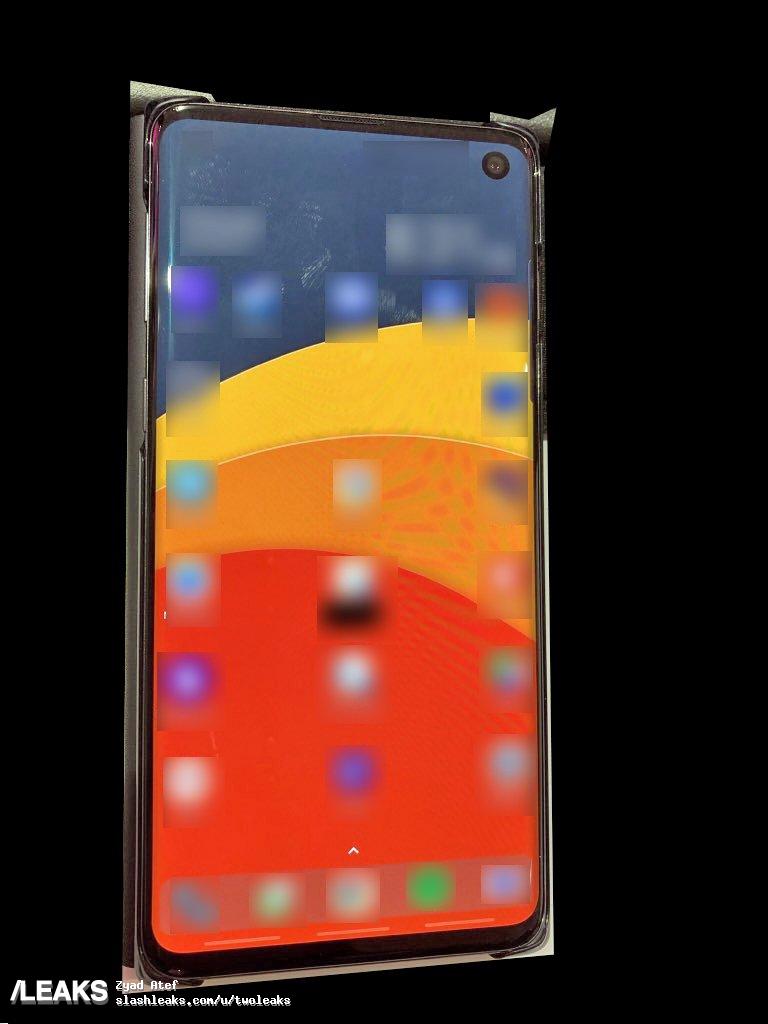 A new camera sensor and bigger battery is expected to be placed in the larger variant of the device. We already that the Plus variant of the phone will come with two front selfie cameras.

So for now this looks more like the final design of the device.

Update: Just to give some pleasure to your Eyes. 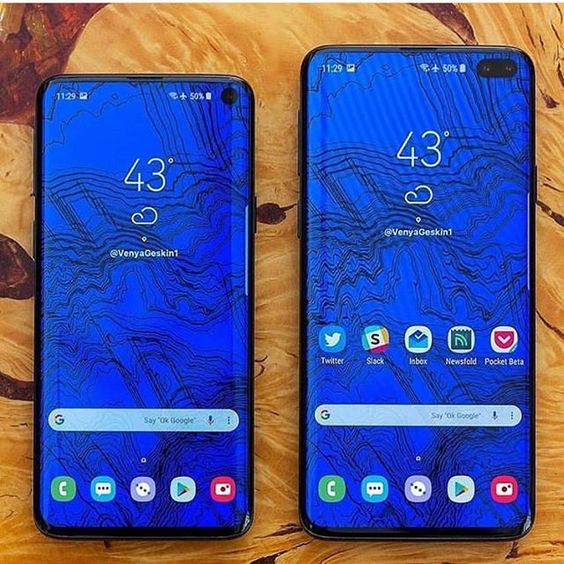